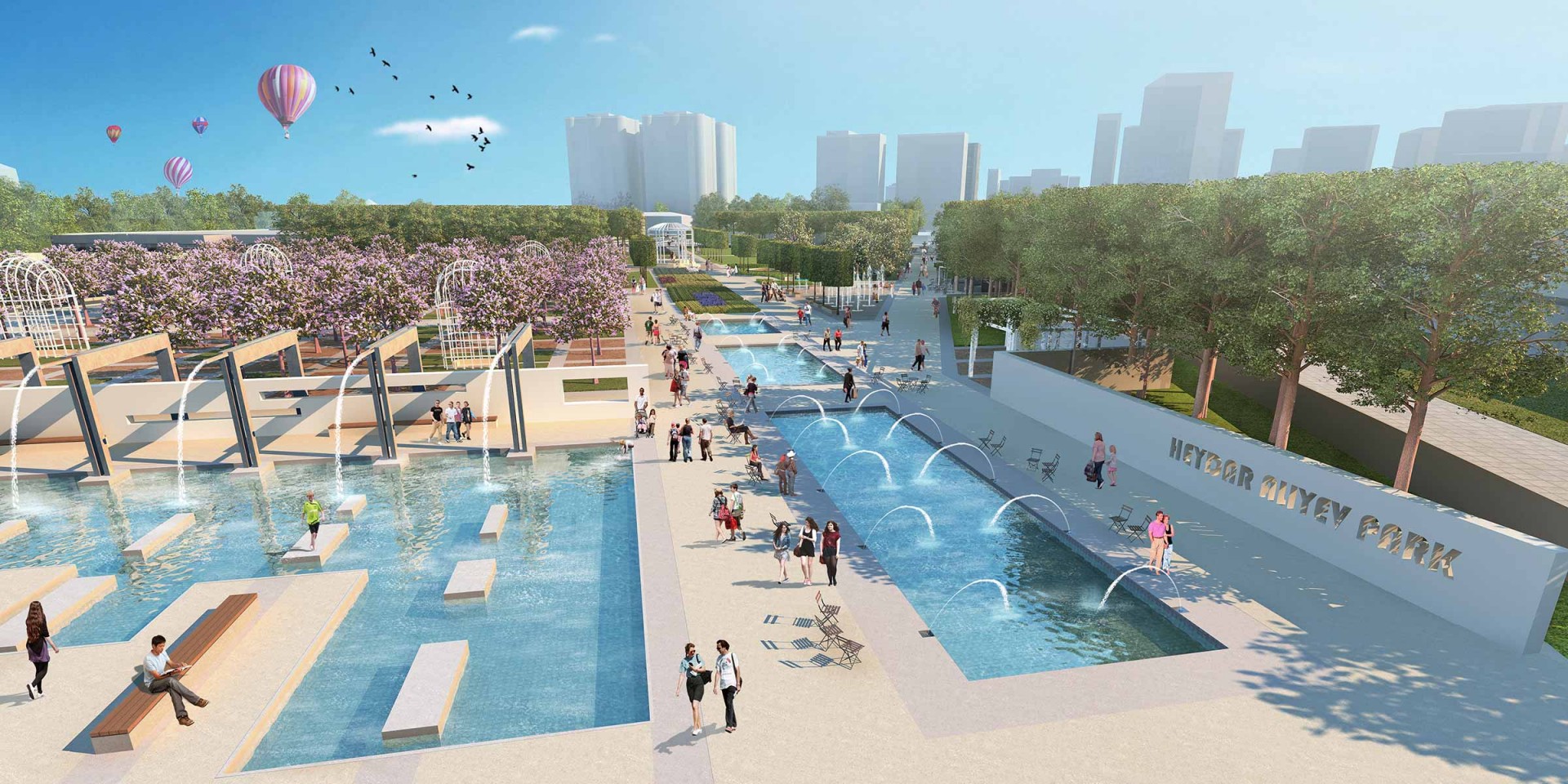 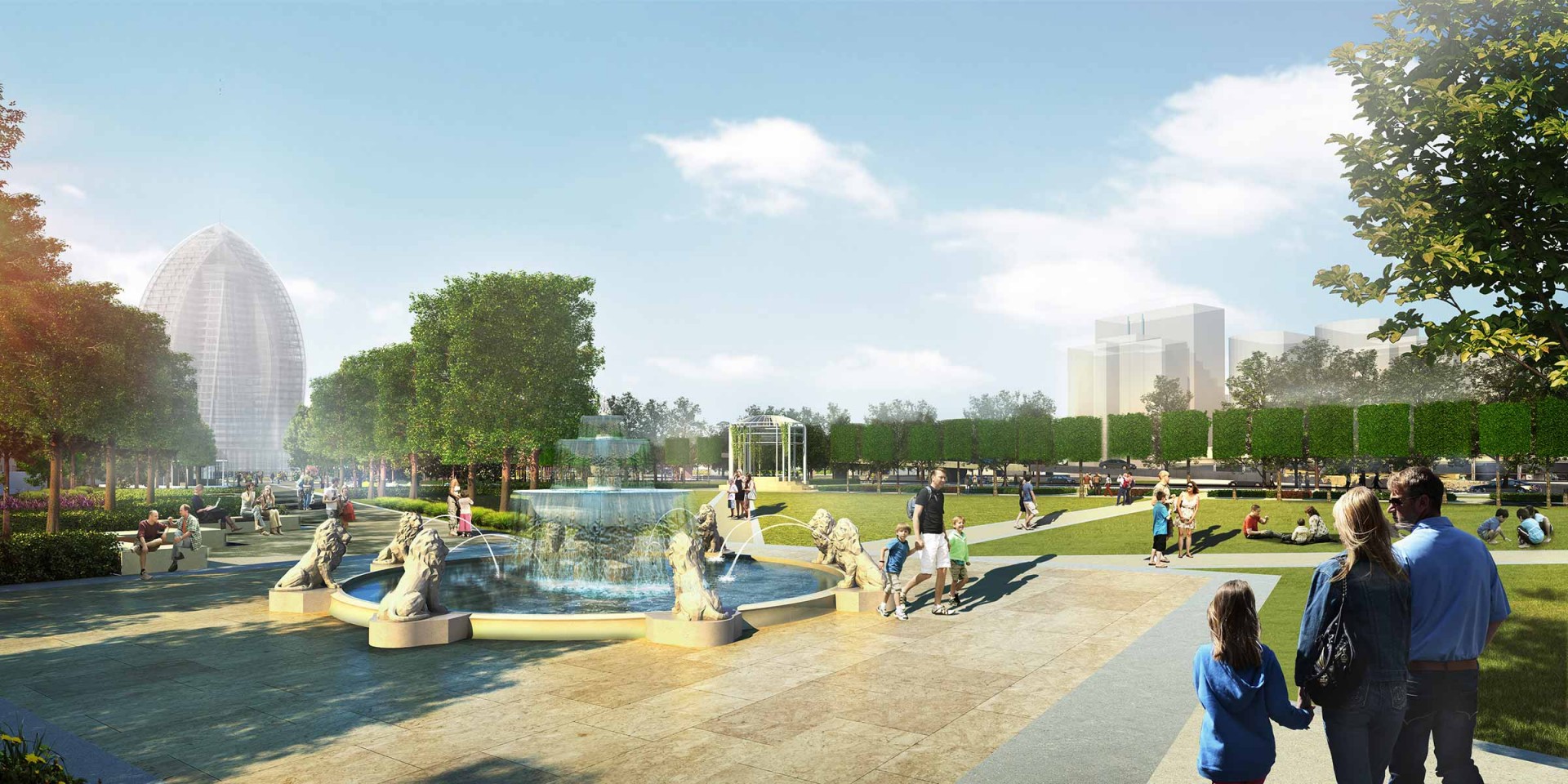 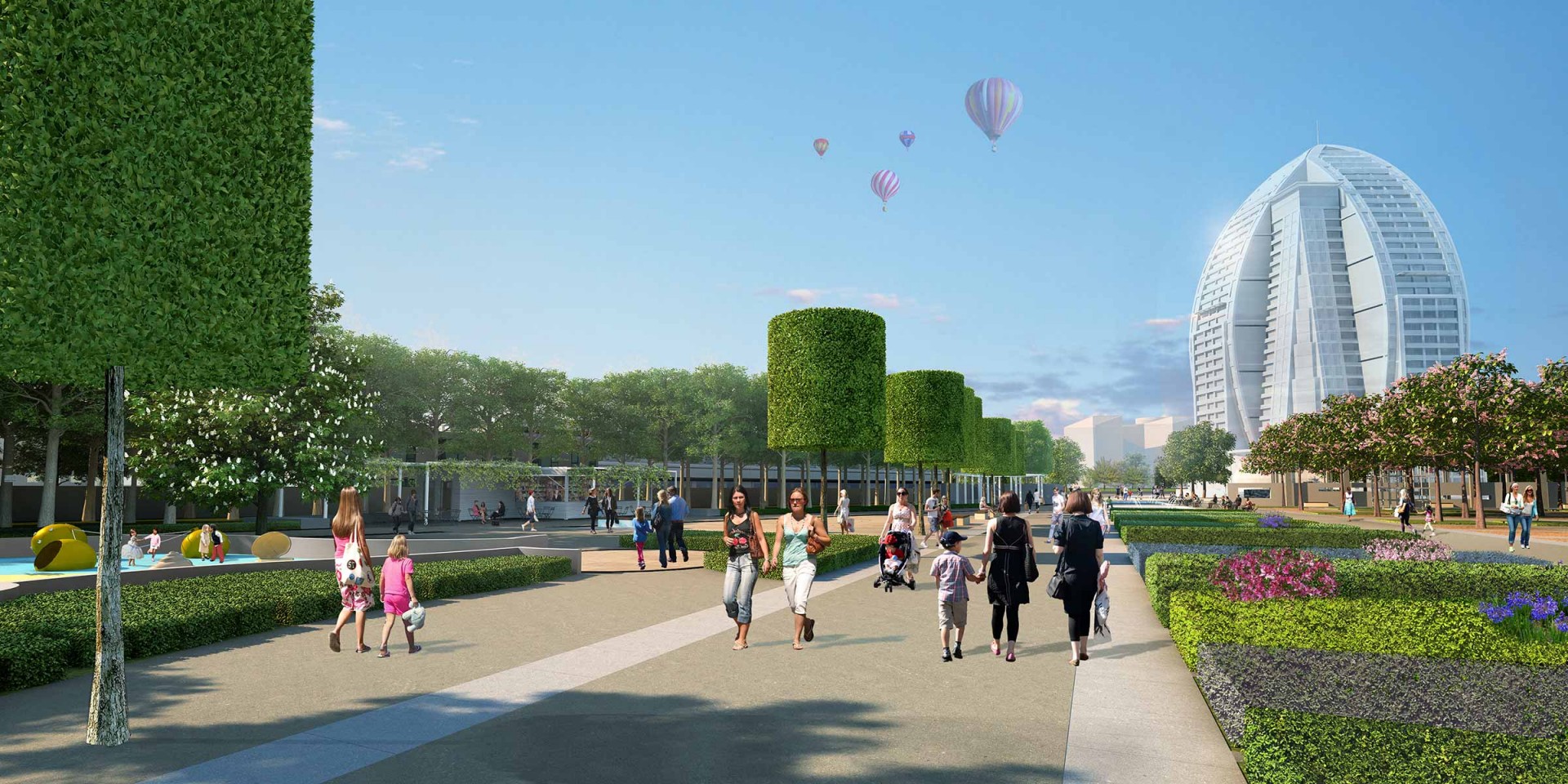 The rectangular site is bisected by two intersecting ‘Grande Axes’, linked to key vistas and predicted desire lines. Each has a distinct character; one highly activated; the other more relaxed. Both articulated by verdant avenues of trees creating an intimate and fluid quality.

At 3 hectares, Heydar Aliyev Park is the larger of the two spaces and is located at one of the main gateways into the city centre, opposite the new Trump Tower. Intersecting secondary paths divide the park, creating urban ‘Rooms’ and nodes which become mini-destinations in their own right.